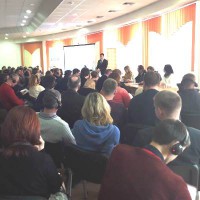 February 21, 2018, the Embassy of the Kingdom of the Netherlands hosted the IX Dutch and Ukrainian Agribusiness Potato Forum within the framework of Fruit. Vegetables. Logistics 2018 International Exhibition. The forum is traditionally conducted in partnership with the Association «Ukrainian Agribusiness Club» (UCAB) and the Ukrainian Association of Potato Producers (UAPP). The main topic of the event was the question of prospects and development of potato processing in Ukraine.

Ukraine occupies one of the leading places in the world in terms of gross potato production, which, according to the Ministry of Agrarian Policy and Food of Ukraine, amounted to 22.2 mln tons in 2017. The UAPP considers this figure to be unjustified, overvalued and estimates the real volume of potato production at the level of 15.5-16 mln tons. This is more than enough, since the domestic market demand for potatoes is 5,5 mln tons, and if we take into account the amount of seed potatoes and livestock feed, the demand will not exceed 7 mln tons.

For a long time, Ukrainian potato has not been exported to EU countries due to a number of quarantine restrictions. In particular, the European community is afraid of opening its market due to the presence of potato cyst nematode and golden scab in Ukraine. The Ukrainian side agrees with these accusations, but accentuates the lack of effective ways to counteract these quarantine organisms - there is no nematocide in the State Register of pesticides and agrochemicals allowed to be used at the territory of Ukraine and for today no agrochemical company has been able to register this extremely important pesticide for potato farmers.

Since July 1, 2017, the main countries-buyers of Ukrainian potato - the countries of the Eurasian Economic Union (the Customs Union) have introduced new unified quarantine rules, according to which it is allowed to export only those potatoes (fruits, vegetables and any plant products) which were monitored by inspectors of quarantine services from the moment of planting. Since the Ukrainian side was not informed in advance about these changes, a situation appeared on the market when a number of contracts for the potato supplies were disrupted, in particular to Belarus, where 60% of potato sowings are grown from Ukrainian seeds.

At the event Vadym Tchaikovskyi, Deputy Chief Phytosanitary Inspector of State Food Safety and Consumer Protection Service of Ukraine, explained a new algorithm for the preparation of farms to export activities and read out a list of required permissive documentation.

Victor Riznyk, representative of Agrico Ukraine Company, told about the peculiarities of commercial potato production in different regions of Ukraine. Potatoes are grown in all regions of Ukraine, in all climatic zones. According to the specialist, about 2% of potatoes by areas and up to 6-10% by volume are planted by farms that engaged in professional cultivation. In 2014, about 40% of sales markets were lost. The price of commercial potatoes is now quite low, producers complain about the lack of contracts with trading networks, processing enterprises that could guarantee a certain level of prices. Some producers reduce the planted areas or even suspend their business. Last year, at least 5 farms, which grew more than 100 ha of potatoes, stopped the production because they could not profitably sell their yield. However, producers who sell products for potato processing enterprises: potato chips and starch production, have cost-effective production at the level of 30-40%. «The most advantageous for potato producers is the export of early products. However, since July 15, the supplies abroad were temporarily suspended because of non-compliance of Ukrainian potatoes to phytosanitary requirements.  Now we are talking about organizing the phytosanitary stations, where detailed monitoring of quarantine pests will be conducted, and from there, if they are not present, it will be possible to export products to post-Soviet countries and Europe. Now everything is done so that the export mechanism could be launched in the spring», - said Viktor Riznyk.

The harmonization of European and Ukrainian legislation is the step towards the opening of export prospects for Ukrainian potatoes. During the IX Dutch and Ukrainian Agribusiness Potato Forum, a Memorandum of Cooperation was signed by the Institute for Potato NAAS of Ukraine and the UAPP.

One of the main provisions of the Memorandum is the analysis and transformation of the «roadmap» for the development of potato processing in Ukraine, which was prepared by The Dutch Potato Organization (NAO) with the assistance The Ministry of Agriculture, Nature and Food Quality of the Netherlands and the Dutch Embassy in Ukraine. It was transformed into a Strategy for the development of potato processing.

For today, the «roadmap» was improved and translated into Ukrainian. The preparations for its final part are now underway – the research on the state of the Ukrainian processing industry and the survey of the domestic potato processing market capacity. For this purpose, the marketing agency «Kleffmann Group Ukraine» is involved in the work.

The company Kleffmann has been conducting research of the professional potato growing segment for 10 years. Oksana Antonova, Analyst at the marketing agency «Kleffmann Group Ukraine», in her report considered in detail the crop areas engaged in industrial production, described the average costs per hectare for farms, the structure of seed market, the volume of world trade in further processed products, and Ukraine's place in the world market. According to her, during the last production season, farm costs per hectare increased somewhat - in particular, for fungicidal treatment. Dutch and German companies are leaders in the sales of potato seeds, the share of local seeds remains low. According to the agency, last year, industrial potato cultivation was carried out on the area of about 63 thous. hectares, the share of industrial production accounting for less than 5% of the total volume of potato cultivation, which is a low indicator.

In Ukraine, about 1500 farms are engaged in potato cultivation, but no more than a third of them are professional or industrial - about 400 enterprises. The analyst noted that during the last three years in the segment of industrial potato cultivation the production areas remain stable. On average, about 6% of industrially grown potatoes are used for processing, about 20% are spent on seeds, and the rest - is used for food purposes.

Roelof-Jan Wollerich, farmer from the Netherlands, producer of potatoes for processing, told about advantages and disadvantages of cooperation between farmers and processing enterprises, raw material quality requirements, pricing mechanisms, profit and trainings for potato farmers. «Ukraine has the experience in forming a pool of raw material suppliers, in particular, for the production of chips. But this is not enough. It is worth learning how to create cooperatives around processing enterprises, which is not so easy to do», - he stated during the event.

Andriy Maruschak, representative of Agrovent Ukraine Company, in his presentation explained the importance of vegetable storages in the potato production chain. «Producers can work only in the first phase without these storages. But if they want to work with buyers, then they will not be able to do without them. If there is a vegetable storage, you can safely to contract for a specific volume for a certain period of time. Almost all producers that engaged in the professional cultivation of potatoes have vegetable storages. Another question is that half of them use either obsolete equipment or old type storage without temperature control and ventilation, which were built 40-50 years ago, or even homemade. Loss of potatoes with such storage can range from 20 to 30-35%».

According to Oles Kapitanchuk, representative of Tolsma Ukraine Company, the storing of potatoes for processing is harder. The main difference is the need to regulate the level of reducing sugars. The control of sugar levels requires a lot of knowledge, additional equipment and technological solutions. After all, if the level of sugars is high, processing enterprises don’t want to buy such raw material, because it reflects on quality, in particular, on the color of the final product. «The storage should take place in such a way that sugar levels do not increase. There are certain moments that affect this: low storage temperature, crop variety. The potatoes for processing have a longer shelf life, because the processing plant operates year-round. Therefore, there should be refrigeration, ventilation equipment, heating systems, feeding of the inhibitor in the storehouse, in short - a high-quality system for managing the storage processes», - considers Oles Kapitanchuk.

Ukraine currently has two operating chips plants, the production volume of which is enough to satisfy domestic needs, four starch plants and the plant of the agro holding Mriya is preparing for the launch. According to UAPP forecasts, in 2019 Ukraine will be able to fully satisfy domestic needs in potato starch. There is also one potato French fries plant in Ukraine, which is not enough to meet the needs of both retail chains and the HoReCa system. Two companies from the UAPP members announced their intention to build their own plants for the production of French fries in 2019.

The launch of the announced capacities will deprive the Ukrainian market of pressures from surplus potatoes, will allow domestic potato farmers to diversify their business by growing various types of potatoes, not only for fresh market, but also for processing on starch and French fries, will permit to enter foreign markets not only with raw materials, but with value-added products. All this will positively affect business entities and increase revenues to the state budget from this segment of production. 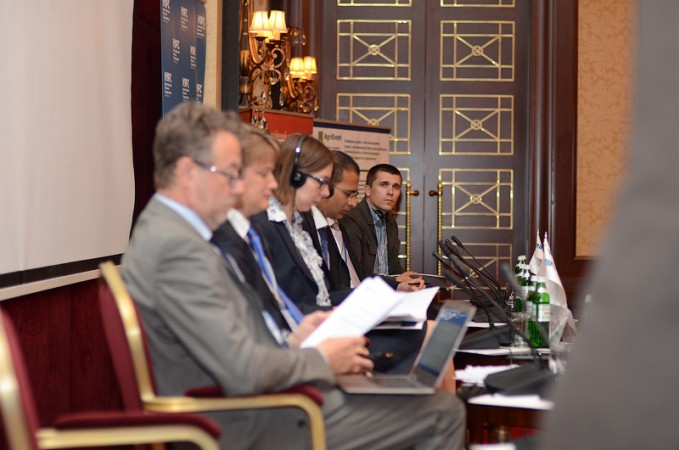 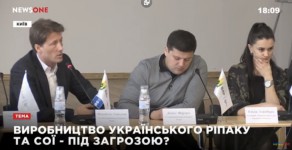