But in a move that has led to the US, UK, Australia and Canada not yet endorsing the report, the authors said GM technology was not a quick fix to feed the world's poor and argued that growing biofuel crops for automobiles threatened to increase worldwide malnutrition.

The report was issued as the UN's World Food Programme called for rich countries to contribute $500m (?255m) to immediately address a growing global food crisis which has seen staple food price rises of up to 80% in some countries, and food riots in many cities. According to the World Bank, 33 countries are now in danger of political destabilisation and internal conflict following food price inflation.

The authors of the 2,500-page International Assessment of Agricultural Science and Technology for Development [IAASTD] say the world produces enough food for everyone, yet more than 800 million people go hungry. "Food is cheaper and diets are better than 40 years ago, but malnutrition and food insecurity threaten millions," they write. "Rising populations and incomes will intensify food demand, especially for meat and milk which will compete for land with crops, as will biofuels. The unequal distribution of food and conflict over control of the world's dwindling natural resources presents a major political and social challenge to governments, likely to reach crisis status as climate change advances and world population expands from 6.7 billion to 9.2 billion by 2050."

Robert Watson, director of IAASTD and chief scientist at the UK Department for Environment, Food and Rural Affairs, said: "Business as usual will hurt the poor. It will not work. We have to applaud global increases in food production but not everyone has benefited. We have not succeeded globally. In some parts of India 50% of children are still malnourished. That is not success."

Watson said governments and industry focused too narrowly on increasing food production, with little regard for natural resources or food security. "Continuing with current trends would mean the earth's haves and have-nots splitting further apart," he said. " It would leave us facing a world nobody would want to inhabit. We have to make food more affordable and nutritious without degrading the land."

The report - the first significant attempt to involve governments, NGOs and industries from rich and poor countries - took 400 scientists four years to complete. The present system of food production and the way food is traded around the world, the authors concluded, has led to a highly unequal distribution of benefits and serious adverse ecological effects and was now contributing to climate change.

The authors say science and technology should be targeted towards raising yields but also protecting soils, water and forests. "Investment in agricultural science has decreased yet we urgently need sustainable ways to produce food. Incentives for science to address the issues that matter to the poor are weak," said Watson.

The GM industry, which helped fund the report, together with the UN's Food and Agriculture Organisation, the World Health Organisation and the British and US governments, abandoned talks last year after heated debate.

The scientists said they saw little role for GM, as it is currently practiced, in feeding the poor on a large scale . "Assessment of the technology lags behind its development, information is anecdotal and contradictory, and uncertainty about possible benefits and damage is unavoidable," said the report.

"The short answer to whether transgenic crops can feed the world is 'no'. But they could contribute. We must understand their costs and benefits," said Watson yesterday.

The authors also warned that the global rush to biofuels was not sustainable. "The diversion of crops to fuel can raise food prices and reduce our ability to alleviate hunger. The negative social effects risk being exacerbated in cases where small-scale farmers are marginalised or displaced form their land," they said.

Responding to the report, a group of eight international environment and consumer groups, including Third World Network, Practical Action, Greenpeace and Friends of the Earth, said in a statement: "This is a sobering account of the failure of industrial farming. Small-scale farmers and ecological methods provide the way forward to avert the current food crisis and meet the needs of communities."

Lim Li Chung, of Third World Network in Malaysia, said: "It clearly shows that small-scale farmers and the environment lose under trade liberalisation. Developing countries must exercise their right to stop the flood of cheap subsidised products from the north."

Guilhem Calvo, an adviser with the ecological and earth sciences division of Unesco, one of the report's sponsors, said at a news conference in Paris: "We must develop agriculture that is less dependent on fossil fuels, favours the use of locally available resources and explores the use of natural processes such as crop rotation and use of organic fertilisers." 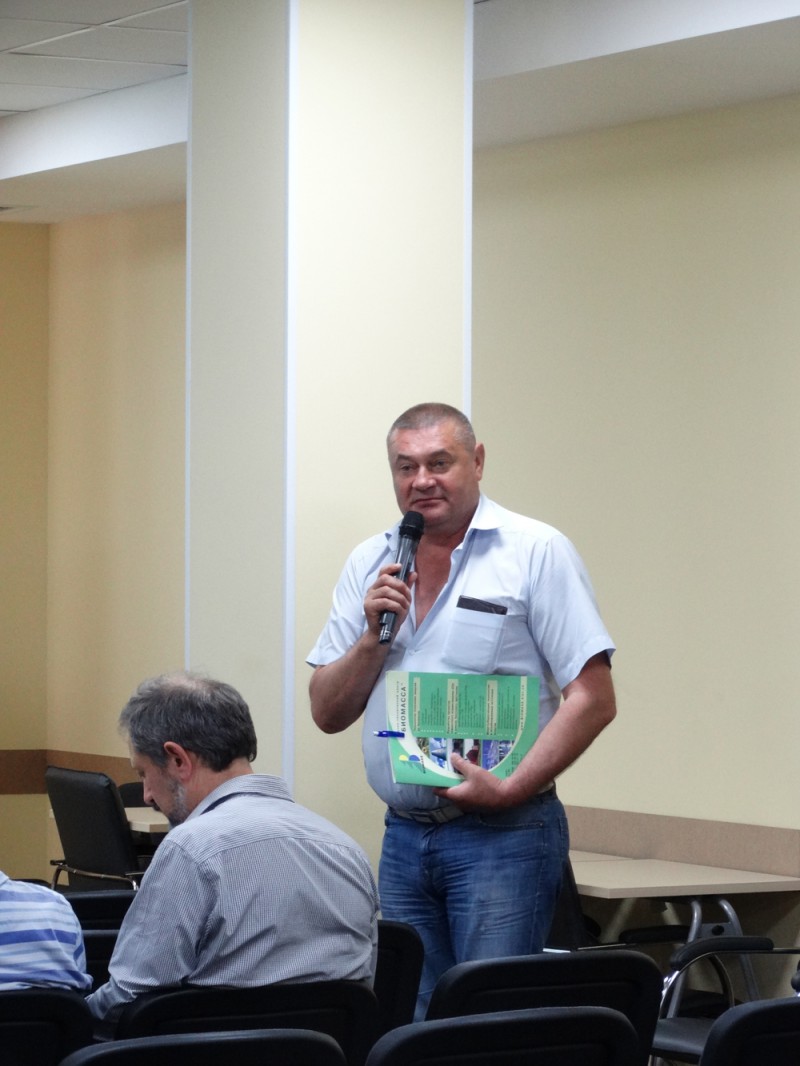